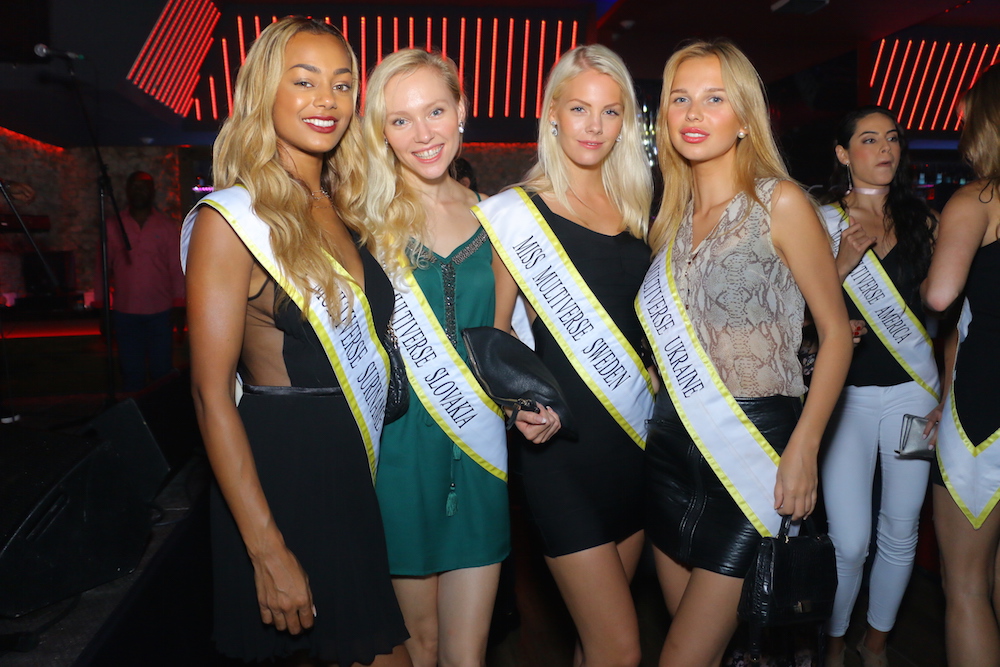 Last Saturday Altos de Chavón was filled with the upbeat merengue rhythm of Eddy Herrera who has a performance career spanning more than 30 years, and we were able to see why he is still one of Dominican Republic’s favorites! Eddy Herrera performed for two hours at Genesis Nightclub, with a full orchestra complete with drums, bass, keyboard, trumpet, güira, and more. The energy of the group was contagious. It was impossible not to enjoy every minute of the concert and the way the beloved artist engaged everyone!

Looking around, you were able to greet people from the Casa de Campo community as well as hotel guests who had come over for a night of merengue, dancing and drinks. There were even representatives of the Miss Multiverse International pageant contest! Miss Suriname, Miss Slovakia, Miss Sweden, Miss Ukraine, and Miss America were only a few of the statuesque models that we were able to see Saturday night. They even went up on stage and danced merengue with Eddy!

If by chance you missed the unique concert, see the video below posted by Genesis Nightclub of Eddy Herrera singing “Para Siempre”:

Thank you @eddy_herrera for such an incredible evening! Oh boy what a night! ?????

Eddy Herrera and his orchestra definitely put on a show! And at Genesis, the fun doesn’t stop there. REMEMBER Altos de Chavón’s favorite nightclub has a TOP-NOTCH Halloween costume party and contest planned for this Saturday!!! The best costume will be awarded a RD$30,000 prize! Another treat for the night also includes the music by DJ Joe Maz from Miami Beach and ANOTHER LIVE CONCERT with the Gipsy Kings mean back-to-back great parties! Get your tickets in advance!!

The above pictures and gallery below were taken by Dariana Soriano at the Eddy Herrera concert on October 22nd: