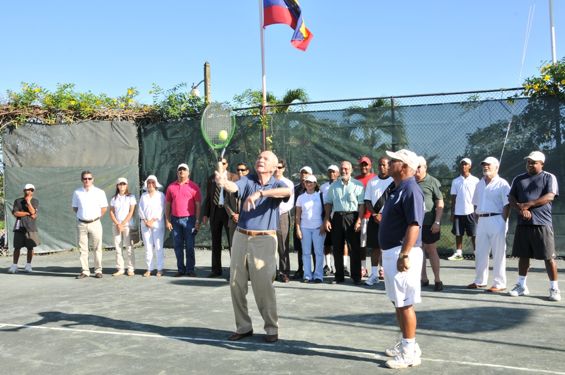 Leading the inauguration was Vincenzo Mastrollili, who founded the Casa de Campo based tournament in 1977! This year more than 200 international tennis players took part in the tournament which was played at the La Terraza Tennis Club from the 1st of September to the 4th of September – when the event ended with the official prize-giving ceremony.

At the inauguration celebration Vincenzo Mastrollili took part in a symbolic tennis hit with Daniel Hernandez, the general manager of the Casa de Campo hotel.

Also taking part in the inauguration were the La Terraza Tennis Club’s ball boys and girls, as well as the players of the tournament who received ‘goody bags’ and were reminded of the rules of the contest and informed of their match times.

Here are a number of additional photos provided by Casa de Campo of the inauguration event: