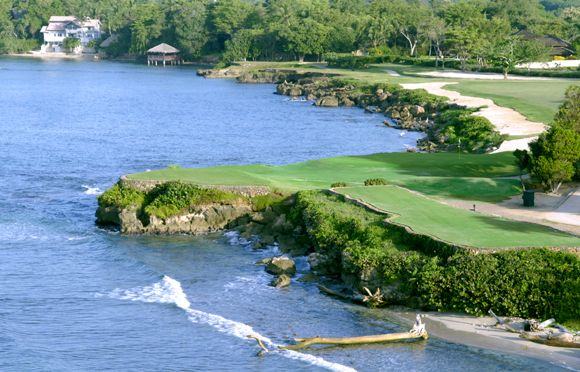 A walk through this year’s golf rankings:

Since its inception, the Teeth of the Dog at Casa de Campo has had its razor-sharp canines into the psyche and game of golfers who hear of it, see it and are compelled to play. Beckoned from around the globe, this classic Pete Dye masterpiece – after 38 years – still never ceases to amaze the young and old, pro´s and amateurs, experts and critics from around the world. The only course with seven holes skirting the Caribbean Sea, the Teeth of the Dog is continued ranked as one of the best in the world.

In each case the Teeth of the Dog is the ONLY course in the Caribbean to appear on these rankings.

Built entirely by hand, the Teeth of the Dog opened in 1971 with 6,888 yards and a par 72-layout. Pete Dye credits its creation to divine intervention, ¨I built eleven holes and God built seven,” says Dye, referring to the seven captivating sea-side holes.

One of the foremost features of “The Caribbean’s Most Complete Resort,” the Teeth of the Dog, Links and Dye Fore golf courses, as well as other world-class facilities at Casa de Campo will soon be complemented with new features to be unveiled Dec. 21st: 80 new Elite hotel rooms and suites, along with complete new lobby, main indoor/outdoor restaurant, lounge, library, fitness center and more. A new era is dawning at Casa de Campo, while in other ways its world-class, award-winning features, still… never cease to amaze.

Golfers have a choice of two packages: the Pete Dye Golf Special, Golf & Spa along with 3-day and 6-day Golf Supplements, to choose. To learn more about Casa de Campo, contact your preferred travel agent or log onto www.casadecampo.com.do