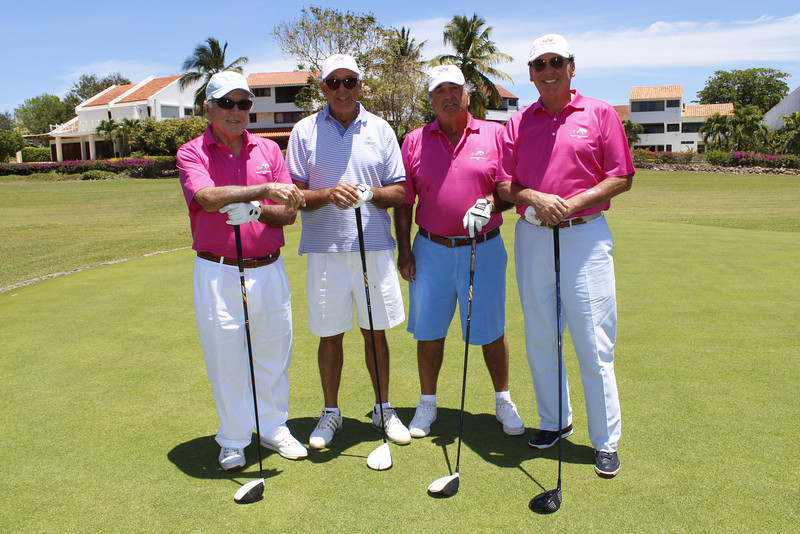 This year, the prestigious and highly competitive tournament was won Lincoln Rodon and Frank Vilar.

As is the tradition, the welcome event for the Casa de Campo Sugar golf tournament was hosted by Benetti Yachts with IB Nautica. This elegant cocktail celebration was this year celebrated at the oceanside restaurant of La Casita in the Marina Casa de Campo and was livened up with a seductive tango show. [Click here for photos and to read more about the welcome cocktail hosted by Benetti.]

While, the more than 400 golfers played practice rounds on Wednesday and Thursday the 9th and 10th of April, it wasn’t until the evening of April the 10th at the dinner hosted by Raysa and Alfy Fanjul at Casa Grande that the tournament pairs were decided and the tournament rounds were played on Friday and Saturday the 11th and 12th of April. The lady golfers teed off around the Links and the Dye Fore course, while the gentlemen played on the Teeth of the Dog and the La Romana Country Club golf courses.

Teeing off on hole #1, Teeth of the Dog

At the end of the Casa de Campo Sugar golf tournament, the golfers celebrated with a dinner-dance at the La Romana Country Club in Casa de Campo, when prizes for net and gross divisions were handed out, as well as a “Closest to the pin” prize sponsored by Benetti. Photos of this celebration to be published soon.

Closest to the Pin Contest
Sponsored by Benetti Yachts – Hole #7, Teeth of the Dog

The following collection of photos were taken on Thursday, Friday and Saturday the 10th, 11th and 12th of April on Teeth of the Dog and Dye Fore golf courses in Casa de Campo: