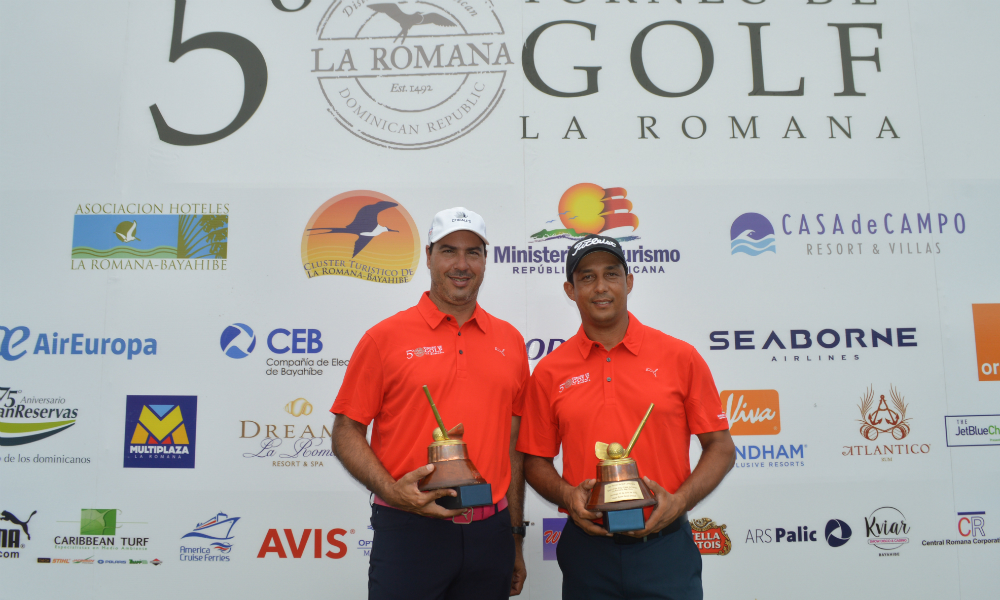 Cesar Rodriguez Fortuna and Marcel Olivares were this year’s champions of Best Score Gross Overall for the second year in a row! The 5th La Romana Golf Tournament was organized by the Asociación de Hoteles Romana-Bayahibe (AHRB) and the Clúster Turístico La Romana-Bayahibe (CTRB) and held this past Sunday, June 12th in Casa de Campo.

The event which saw more than 90 participants took place on the world renowned Teeth of the Dog, and featured couples Bestball format with 80% hándicap. Narciso Morales and Valentin Martinez took the prize for 1st place Net scores, and in 2nd and 3rd places couples, Jorge Wilmore-Richard Turnley and  Federico Felix- Teodoro Reyes took the titles.

During the awards ceremony, Daniel Hernandez, president of the AHRB, said the goal of the tournament is to promote and strengthen the image of the tourist resort as the best golf destination in the Caribbean. The event concluded with a very emotional recognition to Mr. Francisco A. Micheli for his contribution, continuous hard work and dedication in promoting tourism in the area.

This year’s tournament was very successful thanks to the support of a number of companies that helped make the event and the amazing prizes a reality. Let’s continue to support this annual tournament so the La Romana-Bayahibe Tourism Cluster can continue with its mission to further develop the Dominican Republic as a top-notch tourist destination!